How Kerala will emerge as a "destination to home" post Covid-19 crisis?

Kerala, with a population of more than 3.5 crores, is a state well-known for its tourist attractions across India and around the world. Blessed with diverse geography including hill stations, backwaters, and beaches, every district in Kerala has its unique destinations with historical significance. Not surprisingly, people of all regions love to experience Kerala. And we believe that there is a peculiar phenomenon evolving in Kerala or rather about Kerala right now, which makes the state a “destination to home”.

The COVID-19 pandemic which has visibly impacted global economies put presidents and world leaders in quarantine and transformed how people socialize. It is of no wonder that the ‘post-COVID-19’ world will witness tremendous changes in policies, trade agreements, and even the aspirations of the common man.

Kerala’s economy is fundamentally backed by foreign money supply courtesy of NRIs. Although the expatriate community thrived predominantly in the middle-east at the start, it also found a strong foothold in European countries and America by the late 90s and early 2000s. By 2020, the second generation of these families is deep-rooted in foreign soils, not to mention the recent migration fuelled by the lure of foreign education and encouraging visa policies by Canada and Australia.

Now that COVID-19 has put a yellow signal in the lives of millions of people, all of us are rethinking and re-prioritizing our aspirations. The pandemic claimed thousands of lives across the globe and made its mark on countries irrespective of their global diplomatic imagery or simply put, their wealth. Everyone is equally susceptible, proving the COVID-19 virus to be impartial.

The effectiveness of governance takes a test now. While some countries conceal their data to act invincible, some conduct as many tests as possible to put out the pandemic as fast as they can. And then, some others lack the machinery to run the tests to take necessary measures effectively.

It is in such uncertain times, a small state from India turns heads from around the world for its efficiency in containing the spread. The effective measures taken by the Kerala state government finds its way into newsrooms and websites in America. 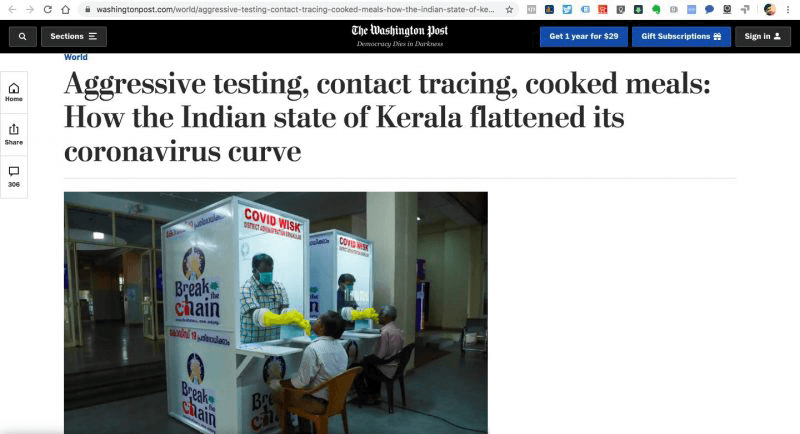 The ‘sentiments’ that influence global stock markets can influence human aspirations as well. While Keralites in the state are perceived to be safe, it is not the same for Keralites outside the state. Healthcare personnel working in other Indian states, and NRKs sense an immoderate level of uncertainty and danger, as they still find the COVID-19 cases reportedly escalating and people losing the fight to the virus.

In short, the effective intervention of Kerala to contain the pandemic, in the best possible ways, fuelled positive sentiments towards the state as one that takes care of its people and hence a good place to live. This sentiment has boosted when the rest of the country and many developed nations struggled to find an equilibrium.

During the early phase of the virus spread itself, the approach to containment was drastically different among nations. While a developed country like the United States was estimating the casualties, it can afford by still running the economy in full power, a State like Kerala took an unsurprising socialist approach, which is to minimize casualties. 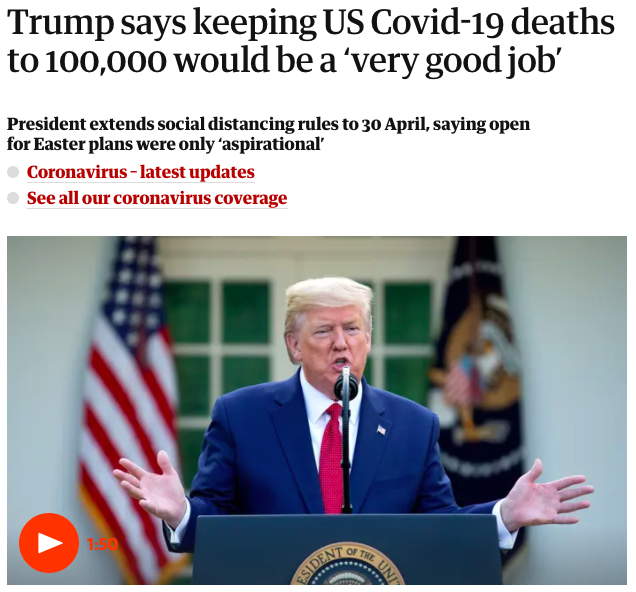 Many first-generation NRIs and parents of young NRIs who moved to foreign countries find it justifiable to relocate and settle in Kerala. Today, the state has HDI of global standards and a better socio-economic scenario compared to other states in India.

At the same time, the state has produced the best doctors, engineers, scientists, lawyers, and many other professionals in the world, who decided to live abroad. Post pandemic times, a new trend can be initiated based on the idea that Kerala is ‘home’. Keralites emerge as global citizens and excel in their careers across the globe, but homecoming is special.

Muthoot Homez marks Trivandrum, the capital city of Kerala, as the most desirable city to stay. With the majority of surveys listing Trivandrum as the best city to live in, the prevailing image of the Government and its effectiveness operations will add glamour to the title. We believe that among the cities in Kerala, Trivandrum will experience a large share of the NRI influx.

Although the proactiveness of the Government has boosted the morale of Keralites and will hopefully contain this pandemic in the coming days or months, it will be an exaggeration to say that the economy will rebound soon and will create attractive opportunities for investors or even the NRIs relocating to Kerala.

The NRI influx to Kerala, as a result of the COVID-19 pandemic, can be primarily attributed to two reasons. One being uncertain employment scenarios and the second being a strong human desire to get back home amidst uncertainty in foreign nations.

If we look at the second reason, two categories of people can be expected to relocate to Kerala. One, the senior generation who decides to settle in Kerala, and the second, the younger ones who have the option to study or work in Kerala.

There are numerous inherent advantages for Trivandrum to attract the NRI influx. Air connectivity, social infrastructure, lesser levels of pollution, and road traffic tops the list.

Trivandrum Airport is located at convenience for air travel to the Middle East and far east nations of the world. Most of the residential expansions that happen in Trivandrum are around the International airport, making every trip more than convenient.

The healthcare, education, transportation, public facilities are of top-notch quality. All the developments and new infrastructure can be found to be more planned, ensuring gradual and sustainable development than fast and directionless. One can find large areas covered by the green environment in Trivandrum. Even within the city, many prime locations are undisturbed by human exploitation. Thus, in the post-COVID-19 era, Trivandrum will emerge as the best choice for NRIs moving to Kerala.

The public health care system of Kerala took centre stage with its effective role in the containment of the COVID-19 virus. When the developed nations were charging people thousands of dollars for COVID-19 tests and treatment, the public health care in Kerala adopted all necessary measures to ensure free treatments and also took complete ownership to address the situation from day one. It is the reflection of the fundamentals of the Kerala model that the people are taken care of by the government. Kerala is the first state to request the Central government to send in special flights to bring back NRIs to Kerala so that it can take complete care of them from the moment they arrive at the airport. And as per the Government, the state is ready to face any eventuality that would happen as a result of the COVID-19 pandemic.

Hence given the circumstance we believe that, with vast and expanding areas of residential properties towards the outskirts of the city, Trivandrum will prove to be a ‘destination to home’. As we all know that ‘we shall overcome’, Muthoot Homez, as a dominant player in Trivandrum’s real estate market, is ready to welcome home the NRIs back to Kerala.